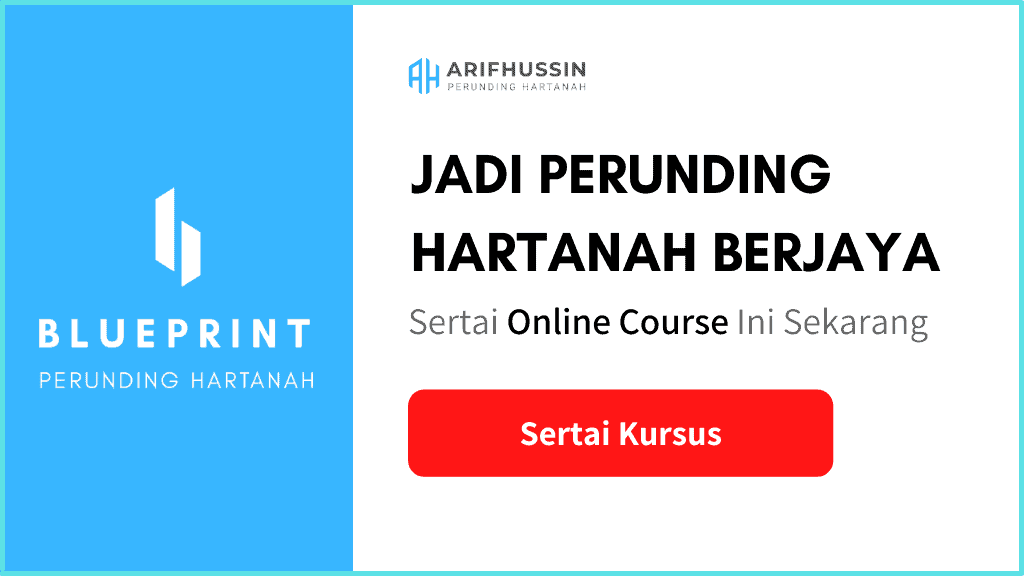 2. The tenant hereby agrees with the Landlord as follows:-

a) To pay on the execution of this Agreement the sum as described in Section 8 of the First Schedule as DEPOSIT (hereinafter referred to as the said Deposit) which shall not be deemed to be payment of rent and shall be refunded without interest on the day the tenancy expires provided always that the said deposit shall be subject to and shall be available to meet all claims by the Landlord for arrears of rent and cost of repairs to the said Premises and/or fittings therein, if any, when such repair shall be deemed necessary or to have arisen by any reason other than from fair wear and tear and for any breach of the Agreement by the Tenant.

c) To pay and punctually discharge all charges and utilities including deposit in respect of conservancy water electricity trade refuse, sewerage, gas and telephone services and any utilities supplied to the said Premises.

e) To keep the interior and exterior of the said Premises and all the fixtures and fittings therein belonging to the Landlord including that described in Section 13 of the First Schedule in good and tenantable repair throughout the tenancy (fair wear and tear excepted).

f) Not to make any alterations to the exterior or interior of the said Premises without the previous consent in writing of the Landlord.

g) To permit the Landlord and his agents or workmen to enter the said Premises at reasonable hours (namely during office hours from 9.00am to 7.00pm) but with at least a prior three (3) days notice to the Tenant to enter upon the said Premises to effect repair, modification, painting and rectification work respecting the said Premises or any part or parts thereof.

h) Not to do or permit or suffer to be done anything in or upon the said Premises whereby the policy of insurance in respect of the said Premises may become void or avoidable or whereby the premium thereon may be increased and to repay to the Landlord on demand all sum paid by the Landlord by way of increased premium and all expenses incurred by the Landlord in or about any renewal of such policy rendered necessary by a breach or non-observance of this covenant without prejudice to the other rights of the Landlord.

i) To yield up the said Premises with all fixtures and fittings belonging to the Landlord (if any) at the expiry of this tenancy or sooner determination which ever the earlier in good and tenantable repair conditions, fair wear and tear excepted. The Tenant may remove items belonging to the Tenant but shall make good any damage caused to the said Premises or any part thereof by removal of such items.

j) To keep the interior of the said Premises and all fittings and things therein as set out in Section 13 of the First Schedule in good and tenantable repair and condition (fair wear and tear excepted).

k) To observe and comply with all laws, by-laws and regulations affecting the said Premises or the Tenant or Occupier thereof, which is now in force or which may hereafter be enacted.

m) To give to the Landlord a minimum of two (2) months prior to the expiry of the term notice in writing of its intention to exercise its option to renew the term of tenancy.

n) During the Two (2) months immediately preceding the expiry of the tenancy unless the Tenant shall have given notice of his intention to renew tenancy as hereinafter provide, to permit persons with the written authority from the Landlord at all reasonable times of the day but with at least a prior three (3) days notice to the Tenant to view the said Premises for the purpose of letting the same. In the event the Tenant would be overseas, the Tenant shall make special arrangement with the Landlord to provide access.

q) The Tenant shall not sublet, license or in anyway transfer or assign its rights under this Agreement or any part thereof without the prior consent of the Landlord.

r) The Tenant shall only allow lawful employee to occupy the premises and shall notify the Landlord of any changes from the existing occupier.

s) The Tenant shall not use the said Premises as a funeral parlor or the sale of coffin or for any matters or businesses relating to funerals and the dead and to use it the said Premises only for the purposes stated in Section 12 of the First Schedule.

t) The Tenant shall obtain and maintain at the Tenant’s own expenses all governmental licenses, permits, registration (including trade name) and other consents necessary for the conduct of the permitted business.

3. The Landlord hereby covenants with the Tenant as follows:

a) To pay all present and future quit rents, rates, taxes, assessments and other outgoings which the Tenant is not hereby made liable to pay now or hereafter to be imposed on or payable in respect of the said Premises.

b) That the Tenant paying the rent hereby reserved and performing and observing the Tenant’s covenants herein contained and on its part to be performed and observed shall peaceably hold and enjoy the said Premises during the term hereby created without interruption from the Landlord or any person, rightfully claiming under or in trust for him.

c) To maintain, upkeep and repair whenever necessary the roof, main structure, external walls, main drains and pipes of the said Premises or as the case may be, the said Premises in good and tenantable repair and condition.

d) To keep the said Premises (excluding the properties of the Tenant) sufficiently insured against lost or damage by fire at all times throughout the Tenancy.

e) To refund to the Tenant the Deposit stipulated in Section 8 of the First Schedule paid hereunder on the expiration or sooner determination of this Agreement subject however to other provisions herein to the contrary and the Landlord’s right to set-off the same or deduct thereof such sums as may be requisite against any cost incurred by the Landlord under this Agreement.

4. PROVIDED ALWAYS AND IT IS HEREBY EXPRESSLY AGREED BETWEEN THE PARTIES HERETO as follows:

a) If the rent shall at any time be unpaid for fourteen (14) days after the same becoming due and payable (whether formally demanded or not) or any covenant on the Tenant’s part herein contained shall not be performed and remains unremedied within fourteen (14) days from the date of written notice by the Landlord of such non-performance OR If the Tenant shall suffer any distress or attachment or execution to be levied against the Tenant’s goods or if the Tenant shall go into liquidation whether compulsory or otherwise (save for the purpose of reconstruction or amalgamation) then in any such cases it shall be lawful for the Landlord to re-enter upon the said Premises or any part thereof in the name of the whole and thereupon this tenancy shall absolutely determine but without prejudice to the right of action by the Landlord in respect of any antecedent breach of the conditions on the part of the Tenant herein contained.

b) If the said Premises or any part thereof shall at any time during the tenancy hereby created be destroyed or damaged by fire or so as to be unfit for occupation and use by the Tenant and the Tenant shall be at liberty to give the Landlord one (1) month notice in writing determining the said tenancy and thereupon this tenancy shall be terminated and all rents paid by the Tenant in advance together with the deposit shall be refunded to the Tenant forthwith subject always to the term of Agreement.

c) If as a result of the introduction or implementation of any new laws, rules or regulations or the amendment of existing laws, rules or regulations by the appropriate authorities requiring any changes or modifications to the structure of the said Premises, the Landlord reserves the full right and liberty at its own costs and expenses to comply with such requirements and the Tenant shall thereafter have the discretion to decide to proceed with this Tenancy otherwise such changes or modifications shall be construed to annul the Tenancy, and the Landlord shall refund all deposits paid hereunder on the expiration or sooner determination of this Agreement.

d) If as a result of the introduction or implementation of any new laws, rules or regulations or the amendment of existing laws, rules or regulations by the appropriate authorities requiring any changes or modifications to the partitions carried by the Tenant to the said Premises, the Tenant shall forthwith upon notice form the Landlord proceed to change and modify the partitions of the said Premises to comply with such requirements failing which the Landlord shall attend to the changes or modifications and all costs and expenses incurred thereof by the Landlord shall be recoverable by action.

e) It is also mutually agreed that :-

(i) After completion of {Tempoh kontrak} year tenancy period from the date hereof, if the Landlord shall require the said Premises for its own use or for its development purposes whatsoever, the Landlord may prematurely terminate this Tenancy Agreement by giving to the Tenant a three (3) month written notice of such sooner determination;

(ii) After completion of {Tempoh kontrak} year tenancy period from the date hereof, if the Tenant desires to terminate the Tenancy Agreement before the expiration of the term hereby created, the Tenant shall be required to give a three (3) month written notice of such sooner determination;

(iii) However prior to the completion of a year {Tempoh kontrak} year period from the date hereof:-

f) Time whenever mentioned shall be the essence of the Agreement.

g) All costs including stamp duty to this Agreement shall be borne by the Tenant. However each party shall bear their own solicitors fees.

h) Any notice under this Agreement shall be in writing. Any notice to the Tenant shall be sufficiently served if left addressed to the Tenant on the said Premises or sent thereto by registered post or to his last known address and any notice to the Landlord shall be sufficiently served if delivered to him personally or sent to him by registered post to his address aforesaid or to his last known address should there be any.

1. the expression “month” shall mean the Gregorian calendar month;

2. the expression “the Landlord” shall include any legal entity and the personal representatives, successors-in-title and assigns of the Landlord;

3. the expression “the Tenant” shall include any legal entity and the personal representatives, successors-in-title and permitted assigns of the Tenant;

4. where there are two (2) or more persons or parties included or comprised in the expressions “the Landlord” or “the Tenant”, agreements, covenants, terms, stipulations and undertakings expressed to be made by and on the part of the Landlord or the Tenant shall be deemed to be made by or binding upon such persons or parties jointly and severally;

5. the singular includes the plural and vice versa; and

6. the masculine includes the feminine and neuter gender and vice versa.

THE SCHEDULE
(which is to be taken, read and construed as an integral part of this Agreement)